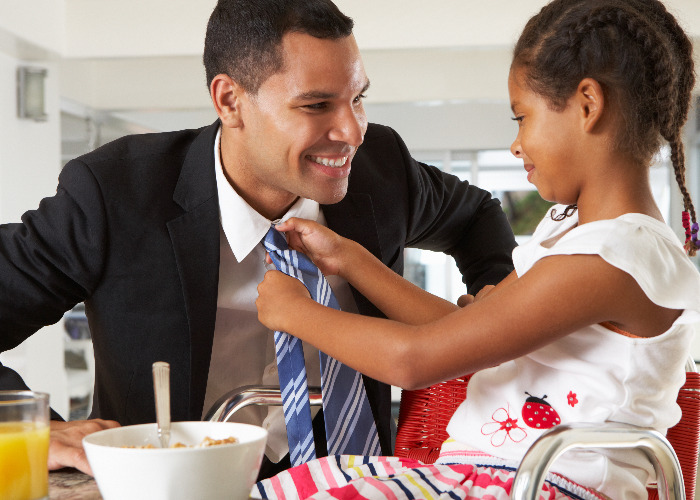 Parenthood has a distinct 'wage bonus’ for men and a clear 'wage penalty' for women, according to a new report from the TUC and think tank IPPR.

It found fathers in full-time work were getting a 22% ‘wage bonus’ on average compared to men without children at the age of 42. When factors like education, region and occupational social class are considered this bonus is still typically 21%.

However, it’s a different story when looking at working mothers.

The report discovered mums suffered a ‘wage penalty’, typically earning 11% less than women without children at the age of 42. However, when other aforementioned factors were considered, this penalty fell to 7% on average.

The research looked at the wages of women and men in the 1970 Birth Cohort Study, which covers 17,000 people born in England, Scotland and Wales in a single week in 1970.

The TUC along with the think tank IPPR compared the weekly earnings of those in full-time work at age 42 who had become parents with those who had not had children.

Why the pay gap?

The report suggests the ‘fatherhood premium’ could be down to dads putting in longer hours at the office and putting more effort into their work than men without children.

The ONS Labour Force Survey for October to December 2015 show that men with dependent children who are working full-time, work an average half an hour longer a week than men without children.

By contrast, women with dependent children in full-time work, work about an hour less a week than women without children.

Another key factor the TUC said could play a part in the ‘fatherhood premium’ was positive discrimination.

International studies have shown that CVs from dads were more highly regarded than identical ones from men without children, which suggests employers viewed fathers in a more positive light.

In contrast the same studies have shown CVs from mothers were viewed negatively and scored lower than the same CV for women without children.

In the UK public opinion appears to reflect this way of thinking.

In a recent poll by the Fawcett Society found more than a quarter (29%) of those surveyed said dads were more committed to their jobs after having a baby, but almost half (46%) said women were less committed to their work after becoming parents.

The TUC research highlights how working dads are perceived to be the main breadwinners while mothers are expected to fit work around childcare.

TUC General Secretary Frances O’Grady said: “In stark contrast to the experience of working mums who often see their earnings fall after having children, fatherhood has a positive impact on men’s earnings.

“It says much about current attitudes that men with children are seen as more committed by employers, while mothers are still often treated as liabilities.”

The TUC has suggested four policy changes that could help both working parents.

Better childcare support - The TUC says mothers are kept from returning to work or forced into part-time roles because of the cost of childcare and the lack of flexibility to fit around working hours. It says the government should ensure all parents have access to affordable, flexible and high-quality childcare, especially in the early years.

Transparency and justice at work - The TUC thinks employers should be required to report about how well they are supporting working parents and to ensure when discrimination linked to pregnancy and family persists things like the cost of tribunal fees aren’t a barrier to getting justice.

Equal access to the labour market - The TUC wants UK businesses to make more effort to increase the supply of flexible working opportunities to meet demand. It proposes moving to a system that assumes roles are ‘flexible by default’ unless business reasons do not allow it. The TUC also recommends clarifying the right to request flexible working can mean increasing hours as well as cutting them.

Destroy your credit card debt with a 0% balance transfer deal

How to get free life insurance

How to check you're on the right tax code

Study medicine or economics for the biggest salary

Do you want to comment on this article? You need to be signed in for this feature